Tanzania is without equal when it comes to wildlife safaris and photography. From the world-renowned Serengeti National Park, to the world’s largest intact caldera in the Ngorongoro Conservation Area and the Elephant Migration of Tarangire National Park, this tour has been designed to offer an extraordinary opportunity to photograph Tanzania’s most unparalleled wildlife.

The tour has also been scheduled to make the most of the Wildebeest Migration, regarded by many as the greatest show on earth, whilst staying in a remote seasonal camp located in a prime location a short distance from the Mara River.

So why not pack your camera bag and join us on this remarkable photographic journey through East Africa?

Please Note: the online booking system is not yet functional, please contact us directly for further details.

On arrival at Kilimanjaro you will be transferred to our hotel in Arusha.  At night enjoy a welcome dinner at which time we will discuss the tour and wildlife photography in preparation for the coming days.

This morning we fly to Kogatende in the northern part of Serengeti and then transfer to our wilderness camp, a short distance from the world renown Mara River.  This is a seasonable camp with the main benefit being that it can be moved to some of the very best viewing areas in the park.

Our accommodation comprises of just 12 semi luxurious and spacious tents with comfortable beds, quality linen and en-suite with flushing toilet and ‘bush shower’.  Just imagine lying in bed at night listening to the wildlife around you, and we’re here for 4 nights.  We enjoy the luxury of a comfortable large central dining and lounge area where selected drinks are complimentary.  You’re also welcome to make use of the small reference library to learn a little more about the local wildlife and region.

With wildlife in every direction, we head out after lunch to commence our first of many game drives.  In the evening relax with a sundowner and snack whilst discussing your day’s experiences, recharging the all-important camera batteries and connecting with family and friend via the WiFi.

Over three days we enjoy unlimited game drives in private vehicles, seeking out amazing wildlife opportunities and the somewhat more elusive crossing of the Mara River.

At this time of the year the Great Wildebeest Migration will be coming into the northern region of the Serengeti and beginning to make its way across the Mara River to the greener pastures of Masai Mara.  There’s an excellent chance of getting the Big 5, that being Lion, Leopard, Elephant, Rhino and Buffalo, however there will be an abundance of other animals to see and photograph.

The Mara River has large resident crocodiles patiently waiting for a crossing and potential meal.  In deeper pools one will find hippopotamus casually going about their daily schedule of eating, swimming and sleeping.  Don’t be fooled by these seemingly docile animals, as their highly aggressive and unpredictable nature makes then one of the most dangerous in the world.

Back on land one will see hoofed animals for as far as the eye can see, including millions of Wildebeest, Zebra, Thomson’s Gazelle and Giraffe.  There’s also excellent chances of photographing Cheetah and Spotted Hyena, and if we’re lucky, we may even come across a rare Black Rhine.  It however is important to remember that wildlife is unpredictable, so whilst every effort will be made to deliver these photographic opportunities, nothing can be guaranteed.  What can however be guaranteed is a first-class experience that makes the very most of the opportunities on offer whilst we are there.

Today we depart by road, heading south to our next destination, Serengeti Wilderness Camp in the heart of the Serengeti.  Our travel will have us driving against the natural flow of the Wildebeest migration, so plenty of wildlife opportunities can be expected.

Our facilities over the next couple of nights will be much the same as previous, however this is a permanent camp open all year round.  This is a great area for large cats, elephant and buffalo.

Today will be another day of unlimited game drives around the central region of Serengeti.  Compared to the north, wildlife will be a little scarcer and more scattered, however this presents an opportunity to seek out something more elusive.

Today we head south-east through the Serengeti Plaines to Ngorongoro Conservation, stopping briefly to visit Olduvai Gorge. Olduvai Gorge is where remains of early man were discovered by Louis Leakey. The museum is fascinating, and a resident specialist gives an interesting talk on this area in the past and present.

We have now entered the Ngorongoro Conservation area. Ngorongoro Crater is the largest unbroken caldera in the world. The crater (610 metres deep and 260 km squared) is a microcosm of East African scenery and game.

Ngorongoro is possibly the only place to see black rhino in Tanzania as well as prides of lion that include the magnificent black-maned males. There are lots of colourful flamingos and a variety of other water birds around the soda lake on the crater floor. More than a 100 species of bird not found in the Serengeti have been found in the crater. Other game includes: leopard, cheetah, hyena, elephants, warthog, impala, buffalo, hartebeest, eland and lots of other members of the antelope family.

Our stay at the crater will be at the Sopa Lodge, which is perched on the rim of the Ngorongoro Crater at 2375 metres (7800’).   The lodge is spacious, offering luxury appointed rooms that command a majestic view of the crater.   Open fireplaces are features of the bar, lounge and dining room. The lodge offers a bracing “high altitude” swimming pool.

Day 9: NGORONGORO CONSERVATION AREA (B/L/D)This morning we descend into the Ngorongoro Crater. To avoid congestion in the crater, a six-hour permit is issued to all vehicles – during that time we will experience the vast array of wildlife concentrated into this wonderland and we shall have lunch next to a freshwater lake where hippos watch our every move.

After leaving the crater we return to our lodge’s viewpoint of the crater highlands.

This morning we depart Sopa Lodge, initially heading North of the crater to visit the Empakai Crater, a stunningly beautiful and smaller volcanic crater.  After visiting the Empakai we head South from Ngorongoro to Tarangire National Park.

Tarangire lies to the south of the large open grass plains of southern Maasailand and is the best-kept secret on the northern safari circuit of Tanzania.  It offers wonderful panoramas of wide savannah grasslands dotted with open acacia woodland studded with large Baobab trees. The density of game is second only to the crowded Ngorongoro Crater.

While Serengeti’s animal migration has attained fame, for many tourists, little is known of Tarangire annual migration. The difference with Serengeti is that, in the Serengeti animals migrate away from the park during the dry season (June to October). The opposite happens in Tarangire, animals migrate from Maasai Steppe to the park during the dry season. They come in search for water, which is provided by Tarangire River, and predators migrate in search for prey. During this period the park has the largest concentration of animals in any park in the northern Tanzania.

While there is some debate as to the actual number of elephants that move during this period, current estimates agree that around 5,000 are involved, while one research group believes that it could actually be approaching 10,000 animals. (One of our previous groups has observed over 1,000 elephants in a continuous progression through a valley in Tarangire. This is not to be seen anywhere else on the African continent – elephant herds usually number less than 30)

Hidden among the kopjes, lies Tarangire Sopa Lodge, surrounded by ancient baobab trees. With water constantly available in the area, the greenery is lush providing a wonderful contrast to the burnt ground.

Unlimited game driving in Tarangire National Park.  In addition to being a great opportunity to photograph elephants, Tarangire is also a good place to get Leopard.  After some 9 days of amazing wildlife, don’t be surprised that you’re drawn to the smaller wildlife, as the birdlife in Tarangire is simply amazing.

It’s time to set about preparing for the conclusion of our amazing photographic safari and our journey home.  We farewell Tarangire National Park and proceed to Kiliminjaro Airport, stopping for lunch enroute.

It’s now time to farewell your fellow travellers and commence your journey home. 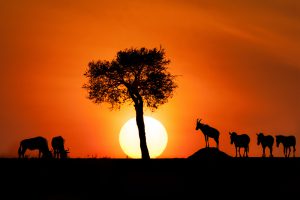 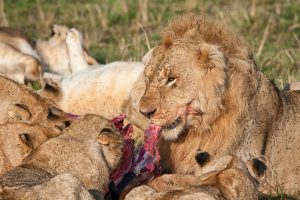 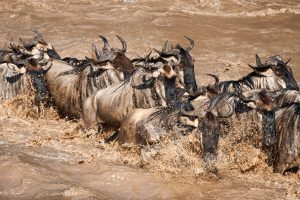 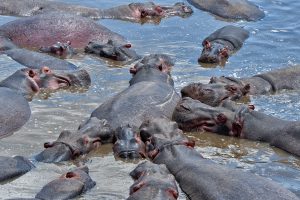 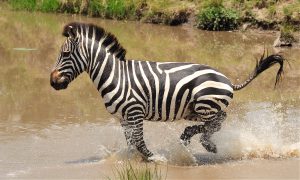 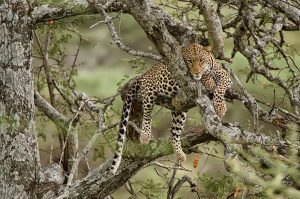 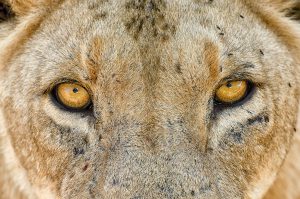 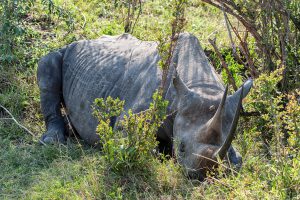 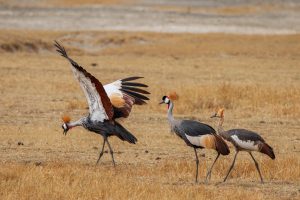 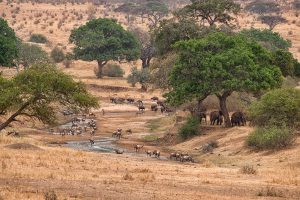 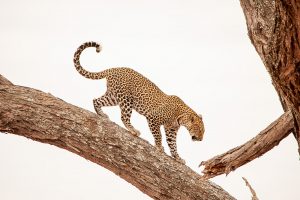 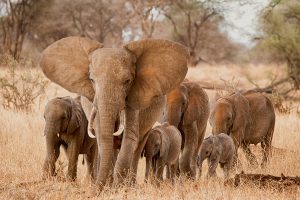 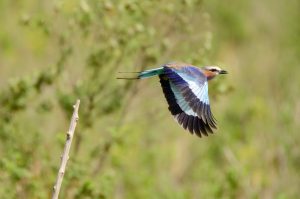 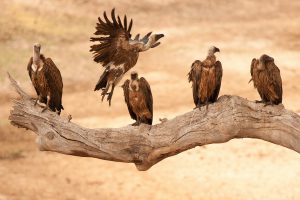 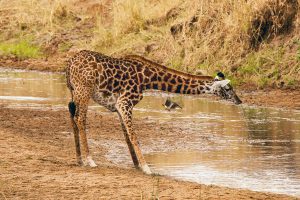 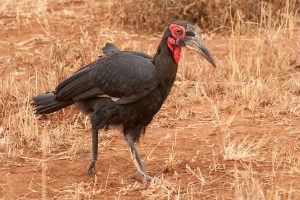 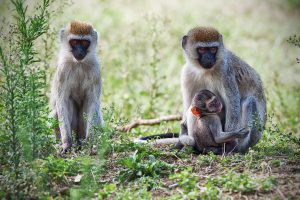 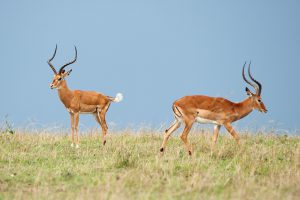 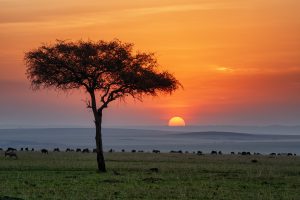